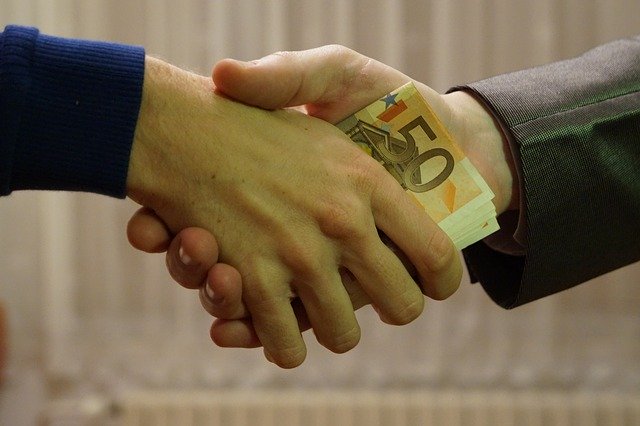 Bribed with our own money …

How is the state of the  ‘Brexmas’ GE today? Has everybody cleared their diaries for today’s main event, the “Leaders’ Debate” (ITV, 8pm), featuring just Johnson and Corbyn? The High Courts have rejected the demand by the LibDems and the SNP to force ITV to give them a podium place as well. Obviously, the High Courts area as sexist as ITV, excluding the two ladies, Ms Swinson and Ms Sturgeon, from a place in the limelight.

Meanwhile, the MSM are concentrating on just Corbyn and Johnson while filling their spaces with reports from constituencies where brave PPCs are braving the cold and the contact with the great unwashed. Neither TBP nor the Greens nor the SNP exist, and Independents are totally negligible. One unintended result of the MSM’s relentless reports on ‘Teh Leaders’ is that people get to see more of them and don’t like what they are seeing. Ms Swinson, according to this (paywalled) report, is now less popular than her Party. Don’t worry though, things are even worse for Corbyn:

“In the latest survey, carried out on November 12 and 13, 43 per cent were favourable towards Boris Johnson and 49 per cent unfavourable. For Jeremy Corbyn, 66 per cent are unfavourable, with only 24 per cent favourable.” (link, paywalled)

Expect more of such comparisons, especially after the TV debates. Expect also more attacks on Corbyn as his economic policies are being scrutinised, e.g. here and here:

“The Royal Mail, railways, water and energy utilities are all on Labour’s shopping list while the telecoms industry was blindsided last week after the party said it would renationalise Openreach, BT’s network arm, if it wins the general election in December. Labour has suggested that it would pay less than market value for the assets – leaving pension funds and millions of small shareholders facing huge losses.” (paywalled link)

They are ‘Teh Rich’ though, so serves them right! There’s more:

“The party also wants to confiscate a 10pc stake of every firm with more than 250 staff – worth around £300bn, […] – and put the shares into workers’ funds. It is feared this proposal amounts to a second wave of nationalisations by stealth. […] The proposals – which came as Labour also floated a windfall tax on oil and gas companies, the largest industries on the blue chip FTSE 100 index – would undo much of Margaret Thatcher’s legacy and shake the foundations of Britain’s shareholder democracy. Analysts and industry insiders have warned they could trigger a mass flight of money abroad as investors abandon the country due to fears their property could be seized.” (paywalled link)

Isn’t that interesting: Lab are trying to have a belated revenge on Mrs Thatcher, after 40 years … Note also that the analysts who told us that Brexit would ruin our economy, are now saying that a Labour government would be worse.

Since it’s ‘the old’ who are ‘The Rich’, I expect, as the campaign drags on, that the impetus will shift to the well-known “Old versus Young” scheme we remember from the post-EU Referendum blame game. Lab just needs to throw in a bit of Greta’s ‘Climate extinction’ into the mix to get lift-off …

In another instance of Groundhog Day policies both Lab and Con are recklessly bribing us with our own money. Now that the MSM have scrapped calling it the ‘Brexmas’ election, having made Brexit vanish completely from the national discourse, it’s as if we’re back in the 1800s when Rotten Boroughs were the norm – we do have them today in a slightly more updated form. Then, PPCs promised free beer to their voters. At least they paid for that free beer out of their own pockets. Now it’s ‘free everything’ for everybody:

“Jeremy Corbyn has taken the “prizes every time” approach to politics to a new level with a bonanza of spending commitments. There will be free broadband, free tuition fees, free prescription charges, free dental checks, free hospital parking, free childcare and more charging points for electric cars if he gets to No 10. It’s Vote Labour, get a microwave, fridge-freezer and cappuccino machine — paid for by higher taxes on nasty bankers and big corporations.” (link, paywalled)

This next bit shows nicely why all these freebies are being proposed and gladly accepted by voters:

“Many of the consumer-friendly policies in Labour’s manifesto will be popular with voters who are tired of endless rows about Brexit. Everybody likes free stuff and most people will be happy to see the super-rich being squeezed to fund the giveaway. Despite the business backlash to the proposed part-nationalisation of BT, it is John McDonnell’s promise to “eliminate bills for millions of people” that will cut through. Labour’s attacks on tax dodgers, zero-hours contracts and “rip-off” energy prices and rail fares will also resonate. A recent YouGov poll found that more than half of voters agree that nobody should be a billionaire and three quarters believe the richest should pay more tax.” (link, paywalled)

Forget Brexit, have a free cappuccino machine instead – every working man’s household needs one! Well, it’s more useful than the Free Owl than Miliband (remember him?) promised everyone (here)! They’re all at it though:

“The Conservatives are in no position to criticise Labour for bribing the electorate with its own money because they are doing the same, just less well. They have ripped up their own fiscal rules and intend to borrow billions of pounds to pour into infrastructure and the public services. Indeed, the credit ratings agency Moody’s recently changed its outlook for the UK’s credit rating from “stable” to “negative”, partly because both main parties are planning to raise spending with “no clear plan” to finance it.” (link, paywalled)

Don’t ask where the money is going to come from! The Treasury has these non-partisan money trees which have names: yours, mine, and all taxpayers’. Isn’t it wonderful how the campaign promises by LibLabCon are creating a climate of economic uncertainties if not disaster, worse than Brexit – and nobody in the MSM uses the ‘B’-word!

There’s more: the election strategists of LabCon are in a race to make this election into the NHS election. The promise to reduce costs for businesses was binned by Johnson hours after it had hit the MSM (here and paywalled here and here). The business leaders swallowed that with no complaint.

I believe they were told, behind closed doors, that it would be in their interest to support Johnson in this because asking for dosh while the Holy Cow NHS needs money would give Lab a free run. Con is scared stiff of handing Lab any sort of advantage on the NHS and rank bribery is their solution:

“Doctors will have their extra tax bills paid by the NHS to avoid unfilled shifts plunging hospitals into a winter crisis. […] The plan was devised by NHS England and is due to come into effect today in efforts to protect patients during what is already being talked about as one of the bleakest winters the NHS has known.” (link, paywalled)

It’s not even winter and there’s no flu epidemic yet but the NHs is already into deep crisis mode! You’ll have noticed that nobody questions this frightful prediction. There’s no-one pointing out that just perhaps the ever rising number of migrants might have something to do with the dire straits the NHS finds itself in. But hush – don’t talk about this because it’s racist and may lead to Corbyn winning …!

Staying with the NHS and Brexit, there are reports warning of  huge shortages in drugs and medicines (e.g. here). This was only supposed to happen after Brexit! It appears that there are other circumstances which are driving these shortages affecting countries globally – but that wasn’t worth mentioning.

But don’t use the B-word – except when you need it to support Johnson, as the eminent Mr Martin Howe QC does in his piece for ‘Lawyers of Britain’! He reiterates that, regardless of how bad the Johnson deal is, it’s Brexit and can only be delivered by giving him a majority. He promised, didn’t he … so we all must trust him, mustn’t we …!

As for tonight’s TV debate, I’m going to make a few predictions: Johnson will bluster, Corbyn will try desperately not to lose his temper (he becomes quite nasty when he does), the LabCon twitter kiddies will tell us what either of them really said seconds after they’ve said it – and there will be hordes of dead cats on tomorrow’s tables across the nation.

It’ll be ‘election business as usual’. Brexit? They won’t talk about it unless you make it so when a canvasser knocks on your door.

Across Britain, Brexiteers March Against Theresa May’s Affront to Democracy 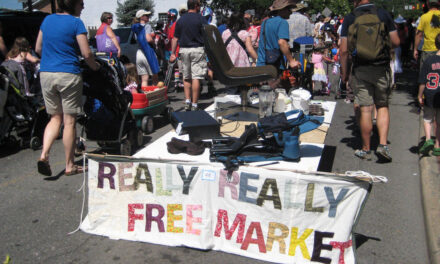 WHO DO YOU THINK YOU’RE KIDDING M’SIEUR BARNIER?