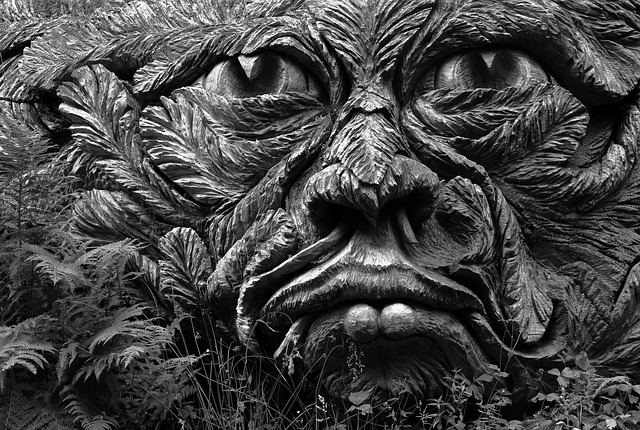 It was too good to last. After yesterday’s encouraging Brexit news (here) the top Brexit wreckers came out of the woodworks. The Speaker John Bercow spoke in Edinburgh and Mr Philip Hammond MP penned an article in The Times.

One can’t help wondering if this was a coincidence when one reflects on the announcement yesterday afternoon that a Scottish Judge was fast-tracking the legal challenge to block Johnson from proroguing Parliament (here). This is the paywalled DT report:

“The action, backed by more than 70 MPs and peers, including the Liberal Democrat leader Jo Swinson and the SNP MP Joanna Cherry, wants the Court of Session in Edinburgh to rule that shutting down Parliament to make the UK leave the EU without a deal is “unlawful and unconstitutional”. The politicians had hoped to have the case fast tracked by having it referred straight to the most senior judges in the “Inner House” of the Court of Session, after voicing fears that they may run out of time before the UK is due to leave the EU on October 31. However Lord Doherty rejected the request, ordering instead that the case should be heard by one judge in the Outer House of the court – the normal procedure at the Court of Session – on September 6. The hearing will take place during what is shaping up to be a tumultuous week in Westminster. MPs will return from their summer break on Tuesday September 3, and Labour could call a confidence vote in the Government any day that week.” (paywalled link)

It certainly underlines the sovereignty of Parliament when parliamentarians demand a court to rule on their procedures! Why Mr Tilbrook’s court case still lingers is of course the court’s secret. Perhaps he ought to have gone to a Scottish court …

Meanwhile, the Speaker John Bercow, in a ‘performance’ in Edinburgh, made sure that everybody knows that he’s still here  – and he won’t resign even though he ought to have gone a year ago. Reports of his speech are here and here, and paywalled here and here.

He couldn’t have been more dramatic, proclaiming that he’d fight ‘with every bone in his body’ against a prorogation of Parliament:

“John Bercow said on Tuesday that he would refuse to let Boris Johnson take Britain out of the EU by suspending Parliament. The Commons Speaker said he would fight any attempt to prorogue Parliament “with every bone in my body”.He also said that MPs can stop Britain leaving without a deal at the end of October, putting him on a collision course with the Prime Minister’s chief strategist, Dominic Cummings. Mr Bercow dismissed suggestions that he would stand down in the short term as Speaker.” (paywalled link)

Mr Bercow then reiterated all his previous arguments which he made when the question of prorogation first arose with Johnson’s election. It didn’t then and still doesn’t matter a bit that Johnson said he’d not want to prorogue Parliament:

“Mr Bercow told a 200-strong audience in Edinburgh on Tuesday: “The one thing I feel strongly about is that the House of Commons must have its way. And if there is an attempt to circumvent, to bypass or – God forbid! – to close down Parliament; that is anathema to me and I will fight it with every bone in my body to stop that happening. We cannot have a situation in which Parliament is shut down – we are a democratic society. And Parliament will be heard and nobody is going to get away as far as I am concerned with stopping that happening.” […] As the event in Edinburgh’s New Town ended, an audience member shouted at him over the applause “can Parliament stop a no-deal Brexit?”, the Remain-supporting Speaker replied: “Yes.” (paywalled link)

The Times emphasised that reply in their report:

“The Commons Speaker has insisted that parliament can block a no-deal Brexit as he vowed to “fight with every breath” to stop MPs being bypassed by Boris Johnson. John Bercow is viewed by MPs determined to stop a no-deal Brexit as a crucial figure who could help them to use parliamentary procedure to engineer a crunch vote.” (link, paywalled)

Parliament – and correct me if I’m wrong – has been ‘heard’ for the last three years, not least when they passed the laws which made our leaving on the 31st of October possible, deal or not. Parliament was certainly heard when they tried again and again to scupper Brexit any which way.

That last answer though, that Parliament can stop a no-deal Brexit, is ominous. However, it’s strange that neither Bercow nor those Parliamentarians seem to be aware of that new figure, the Leader of the HoC, a certain Mr Jacob Rees-Mogg, who will do his best to scupper the Brexit scuppers.

Then we have Mr Philip Hammond writing for The Times. Well, he’s now found the time for that since he’s finally moved out of his grace-and-favour flat above No 10 so Mr Javid could move in. It only took him a bit over two weeks to do so … A non-paywalled report on Hammond’s article is here, and The Times has this summary of Hammond’s article:

“Boris Johnson risks betraying the EU referendum result by allowing “unelected people” intent on wrecking any chance of a deal to “pull the strings” of his government, Philip Hammond is warning. In his first intervention since resigning as chancellor, Mr Hammond accuses Dominic Cummings, Mr Johnson’s most senior aide, of attempting to force through a no-deal Brexit by making demands that Brussels “cannot, and will not, accede to”. […] He says that there is neither a public nor parliamentary mandate for no-deal and warns the prime minister that parliament will “make its voice heard” to stop it happening.” (link, paywalled)

Another one clamouring that ‘the voice of Parliament’ will be heard! It will give me great pleasure to take a close look at Mr Hammonds article in our “From behind the paywall” feature, published later this morning.

Next we read about a rather intriguing development, reported in RemainCentral:

“Jeremy Corbyn must work with the Liberal Democrats to stop a no-deal Brexit, his deputy has warned. Tom Watson, speaking alongside Jo Swinson, the Liberal Democrat leader, at an event hosted by young campaigners for staying in the EU, said that party allegiances needed to be set aside to obstruct Boris Johnson’s Brexit plans. “Everyone who cares about democracy, our country and our future must work together because there are enough of us — from all parties in parliament — to stop him. Whether you’re Liberal Democrats, social democrats or democratic socialists, we are all democrats. And democrats have got to realise in this crisis that we’re stronger together if we work together.” (link, paywalled)

Rousing words aye! Stopping Brexit is the pretext for Watson to get rid of Johnson’s government altogether. Next, here’s Ms Swinson herself:

“Ms Swinson called Mr Corbyn a Brexiteer who “cannot be trusted on Brexit”. Yesterday with Mr Watson, who has become a vocal advocate of a second referendum, she said: “This is no time for tribalism. That is why I am pleased to be here with Tom to show that there is a desire across the political spectrum to stop Boris Johnson’s reckless no-deal Brexit plan and instead deliver a brighter future inside the EU.” (link, paywalled)

How democratic is that – overthrowing the will of the people! She got this right though:  this is no time for tribalism. Good to know that they’ve heard us on that!

I suspect Watson, Swinson, even Bercow and probably some Tories felt good after yesterday’s ComRes poll in the DT, especially since, as The Express points out here, TBP lost six percentage points to the Boris Bounce revitalising the Tories.

Given that bounce, it seems highly unlikely that the Tories will even think about working together with TBP. However, the next poll will certainly see their numbers plunge again – especially should there be truth in speculations of Johnson having to beg for an extension, or negotiating “A Deal” which is nothing but putting lipstick on May’s WA pig.

We the people want Brexit, no ifs no buts. We’ve been very patient. We’ve been willing to give Johnson the benefit of doubt. But our patience will run out. Those who’d vote for Johnson if he delivers Brexit will not do so if he doesn’t.

No prospective amount of money spent on  the NHS or prisons will be sufficient for Johnson to win a GE against the Remainers if Brexit hasn’t been delivered without an alliance with TBP.

Political tribalism is indeed dead. The Tories as well as all other Remainers better realise that they are on borrowed time. 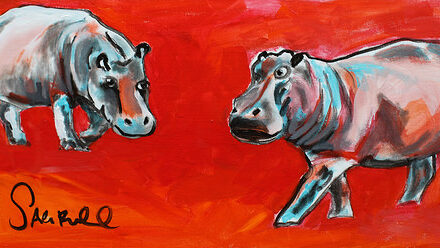 A Week in Politics … 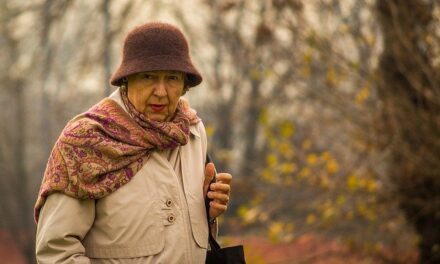 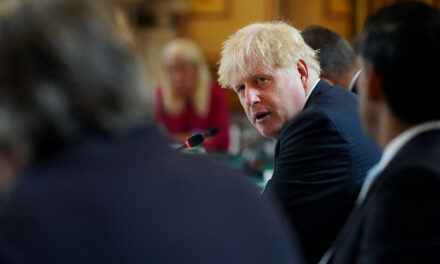