Today I planned to write about the current state of the Brexit Trade Negotiations but certain news this morning have made me too angry for this. No – not the announcement of the cave-in by Johnson’s government that schools will stay closed nor that suddenly the Lockdown fanatics in the MSM are now wailing that they might have to give up their jobs because they still have to look after their kids, no: it’s the ‘war on statues’.

There are three reasons for my anger. The first is that the media seem to have accepted the point of BLM that “we” must not have any statue of people who were in any way involved with the slave trade. The second is that, as one knows from Left organisations, one cave-in leads to more demands, illustrated now by ‘arguments’ straight out of Stalin’s Playbook. The third is the role played by ‘our leaders’ and the police, locally and nationally. That “Our MSM” are behaving like useful idiots for the left mob goes without saying.

Let’s start with the first item. There are the reports that Khan, Mayor of London, wants to draw up a list of statues to be demolished because they ‘celebrate’ slavery. There are reports that other city ‘fathers’ are doing the same, in England, Scotland and Wales, see this non-paywalled report. There’s an ‘interactive’ list, and it’s no surprise to anyone who knows how such lists grow thanks to the internet, that this now incorporates even Queen Victoria and Nancy Astor.

The opinion writers in ‘Our MSM’ have made feeble attempts to somehow support BLM while warning of going too far. The Times in their editorial is suddenly ‘concerned’ about ‘British History’, making a sly point which won’t carry much water with the left activists who’ve been infiltrating BLM:

“The logic of targeting Rhodes leads to targeting Churchill, which could, in turn, lead to targeting Mahatma Gandhi. By modern standards, few historical figures are beyond reproach. We may find we have obliterated symbols of British history thereby leaving people even more ignorant of the past.” (link, paywalled)

We’ll see if the Left and BLM are really about taking down all statesmen who are ‘racist’ if they take down Mahatma Gandhi’s statue. He didn’t own slaves, but neither did Churchill: they are ‘just racists’. However, we do know that one can only be ‘racist’ if one is white, so I’m not holding my breath.

There’s one other observation in that editorial. I wonder if it was written in order to support the BLM/Momentum yoof. If so, the implication seems to have escaped the authors:

“One aspect of the week’s protests has been a growing awareness that, thanks to changing curriculums, younger people often have broader knowledge of Britain’s colonial past than their parents do. Our statues are part of that history too, but none of us will learn anything if we throw them from the docks.” (link, paywalled)

Indeed ‘younger people’ have a ‘broader knowledge’ – because they’ve been indoctrinated from early on that Britain is bad because ‘Empire’ and because ‘Colonies’. It is beyond belief that not one of the MSM opinion writers is pointing out that without the long campaign in Parliament by MPs such as Wilberforce, that without the Royal Navy, slavery would indeed still exist!

The next point which made my blood boil is that the list, drawn up with the help of Momentum, shows incontrovertibly that this campaign isn’t about removing statues of ‘slavers’, it’s about attacking and eradicating the history of this country. They do this by conflating slavery with colonialism. See this, for example:

“Names on the list include King Charles II, Nancy Astor, Oliver Cromwell, Horatio Nelson and Sir Francis Drake, along with other historical figures accused of having “responsibility for colonial violence”. (link)

Cromwell? Nelson? Really? Why? Nancy Astor, the first female MP – shouldn’t the lefty feminists insist on keeping her statue? – is on that list because:

“the list […] describes Lady Astor as “an anti-Semite and a Nazi supporter” and says her monument is a “shameful example of us not learning our history from statues”.” (link)

So ’tis not about slavery then, or colonialism? And what a beautiful, anti-learning point: that ‘we’ must learn history from our statues! Reading history books? Nah – impossible! That the statue of Christopher Columbus is on that list as well – well, why not, he started it all, didn’t he:

“a statue of the Portguese [sic!] explorer Christopher Colombus, in the capital’s Belgrave Square, should be removed because he was a “coloniser, slave trader and abuser and exterminator of Native American indigenous communities”. (link)

Far more significant is the ‘reason’ for toppling statues such as those of Robert Peel or William Gladstone and others: their fathers ‘profited’ from slavery! This is right in line with the Soviets’ policy of punishing children for their parents’ ‘guilt’ of belonging not just to the aristocracy but to the middle classes.

It is also right in line with the Nazi law of “Sippenhaft” according to which every member of a family will be punished for the crimes of one of them. It was used to devastating effect against the families of all those Germans who were involved in the 1944 ‘Operation Valkyrie’ where mothers were put into Concentration Camps and their children were distributed to trusted Nazi families.

That is why this oh-so-noble list is so pernicious, and why this statue-toppling is no longer about BLM but is the preparation for a total reorganisation of our country. And that is why any of our politicians and of the opinion makers in ‘Our MSM’ are nought by useful idiots when they ponderously try to make common cause with the Far Left which has obviously taken over BLM.

The third item is equally pernicious. It’s the smearing of those who are prepared to stand against the ‘activists’ intent on smearing statues or indeed toppling them. They are, surprise surprise, ‘football hooligans’:

“In London a small group of Millwall fans surrounded the memorial to Sir Winston Churchill and argued with 100 or so Black Lives Matter protesters.” (link, paywalled)

Apparently when patriots argue it’s = ‘violence’ … Moreover, it’s of course the fault of Tommy Robinson because, as we all know ‘football hooligans’ can’t think for themselves:

“Ken Marsh, chairman of the Metropolitan Police Federation, said: “[…] We have got the perfect storm ahead of us this weekend, we have got planned protests and now Tommy Robinson and his agitators.” (link, paywalled)

Oh yes: if you want to be a ‘good person’ then you must not make common cause with these ‘hooligans’ to defend statues of Churchill, Queen Victoria or Robert Peel! Next, see this:

“The Democratic Football Lads Alliance, a network founded in 2017 that claims to oppose terrorism and conserve British traditions, has told members to defend statues and war memorials, according to Hope Not Hate, an anti-fascist organisation. Nick Lowles, chief executive of Hope Not Hate, said: “While the group’s stated intention of protecting the war memorials might attract the sympathy of some, let us be in no doubt about their real objective — violence.” (link, paywalled)

Oh yes: the BLM ‘protestors’ with their left infiltrators have of course not committed violence – that’s why it’s a total mystery how those 63 police officers got their wounds. Being patriotic and standing up against the left’s vandalism makes you ‘a nationalist’. I can already hear the cry that the poor BLM vandals were only defending themselves, getting their retaliation in first, when it comes to ‘violent clashes’. And I hope you’ve noticed that defending British traditions makes you a ‘fascist’ – that’s why Hope Not Hate, the ‘antifascist’ group, must stand up to them …

If you are still not angry enough then ponder this:

“Sir Keir Starmer, the Labour leader, and his deputy, Angela Rayner, released a photo of themselves kneeling in support of the Black Lives Matter movement. A chief constable defended his decision to do the same at a community event. Scotland Yard has advised officers not to do so at protests, though elsewhere it will be a personal decision.” (link, paywalled)

This is pandering to the mob by ‘our leaders’ on an unprecedented scale. It is of course Starmer whom the MSM crave to see in No 10. At the same time our ‘craven leaders’, as Nigel Farage called them in his article in the DT (link, sadly paywalled, no comments permitted) are shining examples of fence-sitting. It’s as if the whole Tory Party is too scared to be labeled ‘racists’ to actually stand up for law and order.

The Home Office seems to have ‘domesticated’ Ms Patel to such an extent that she can only make feeble utterances. I shall not write what I think of the cave-in by the Education Minister: it is all of one piece. My horror image is that of Whitehall, already in the hands of Common Purpose, ‘guiding’ events such that the current government will fall and a Labour one will become inevitable.

Sir Mark Sedwill and his lot can then ‘advise’ the ‘stellar’ Labour ministers to unravel even further our country, our history, our Nation’s achievements. “Patriot” will become a smear word.

How far this will go is exemplified by an opinion piece in The Times today, written by the ‘director’ of the ‘International Slavery Museum’. According to that piece, everything our country has achieved, from banking to the industrial revolution, is based on slavery and colonialism (link, paywalled), implying that the whole thing must of course be toppled. He has obviously never heard of the Lombards – Italians – who created the foundations of banking  in the Middle Ages. See – slavery didn’t exist then, and those few white slaves robbed by African slavers from our coastal villages must be phantasy …

Let me emphasise this once more: the BLM ‘uprising’ is not about racism in our country today, it’s not about ‘slavery’ or ‘colonialism’ – it’s about the dismantling of our society, starting with our history. Resist as long as it is still possible and 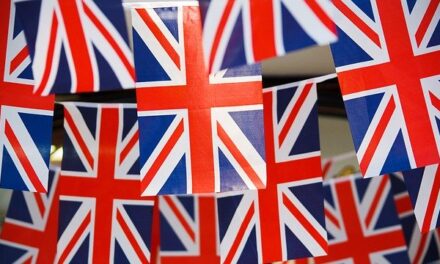 * WE * ARE * OUT * ! The true meaning of our Brexit celebrations

Taxation without representation: How the people of Somerset are taxed to fund the destruction of their homes