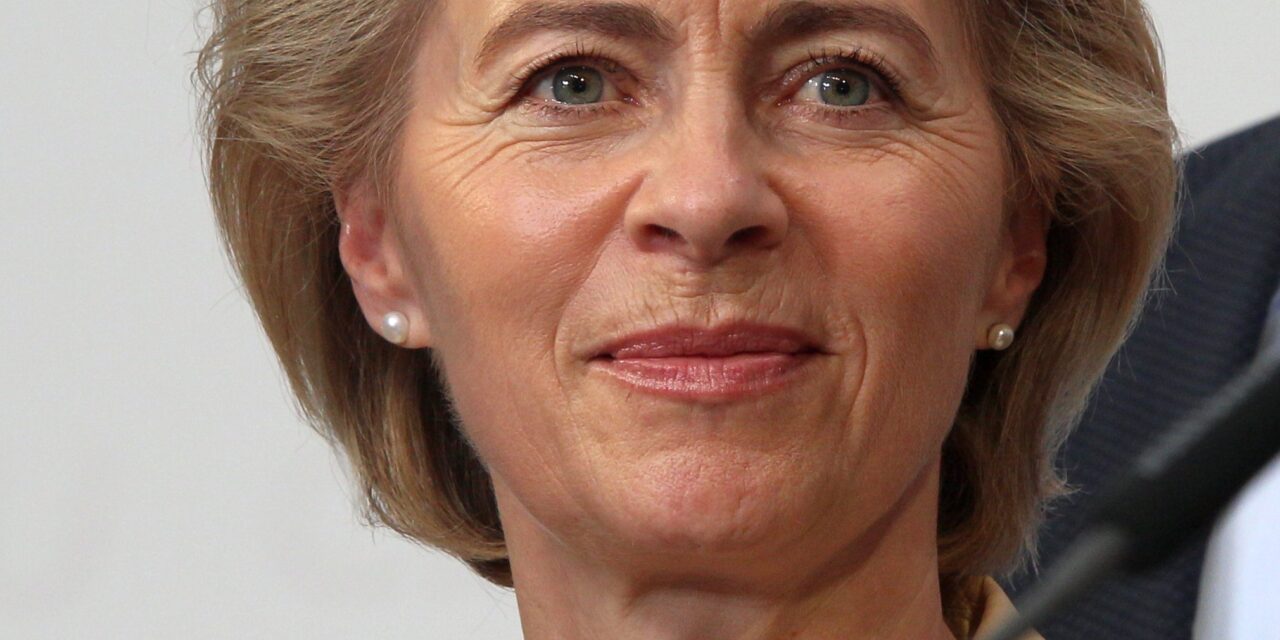 She’ll make Johnson cave in and sell us out

As if the covid ‘news’ weren’t bad enough, the news on the trade negotiations make grim reading. I hope I’m wrong, but I am now certain of a Brexit sell-out by BJ. I’ll explain my reasoning below, after looking at the latest hair-raising covid-news.

It’s not just about the government’s plans to enlarge the tier 4 areas from Boxing Day onwards, it’s also about ‘testing’. Government ‘sources’ – it’s unclear if these are SAGE members or just civil serpents – have come up with a new expression as reason for ‘moar lockdowns’:

“Areas on the edges of the current tiers are particularly vulnerable, with health officials warning that the new variant of the virus is “bleeding” across boundaries. Hotspots of the mutation have been found in Cumbria and Devon, as well as across large parts of Sussex, Surrey, Essex and Norfolk, just beyond the borders of the current Tier 4.” (paywalled link)

This is of course the fault of all us irresponsible plebs. Didn’t we travel from tier 4 areas to surrounding tier 2 areas to do some last-minute Christmas grocery shopping? As supermarkets inside tier 4 were running out of fresh food, as our MSM published photos of queues of shoppers, waiting miserably in the rain – were people expected to be content with having nothing in their fridge, people who were suddenly stuck at home and unable to meet their families where they’d have had that planned Christmas dinner?

Who can blame them when some grocery chains are already rationing fresh produce to ‘three items’ per customer and when people read that:

“Retailers warned that soft fruit and vegetables such as broccoli and cauliflower would run out from Boxing Day onwards, suggesting there would also be a strain on the supply of fresh meat and fish from Europe imported via the Dover straits.” (paywalled link)

With further lockdowns after Boxing Day on the way: what are people to do? Have a ‘festive’ Christmas dinner, on their own, with sardines and beans by candlelight, no toast as bread is also on the ‘ration’ list? Even in prison there’d be more cheer!

As for testing – oh dear! By now you’ve heard of the lateral flow test which gives results in 30 minutes. It was used by the Army to help out in Liverpool and will be used on all those lorry drivers waiting to cross the Channel after Macron caved in to the rest of the EU and lifted his travel ban.

This, btw, is sold to us as huge success because BJ allegedly has persuaded Macron to accept the rapid lateral flow test instead of insisting on that PCR test which takes at least 48 hours to produce results. However, people will only be ‘allowed’ into the EU ”after producing a negative PCR test […] which can take up to 72 hours to give a result.” (link, paywalled) while France still appears to be bent on keeping Brits out, with:

“the French prime minister, Jean Castex, announcing that French and EU citizens would be allowed to enter France from midnight on Tuesday provided they have a negative Covid test that is less than 72 hours old.” (paywalled link)

‘PCR tests rule ok’, is it? Better not read what Dr Mike Yeadon had to say about all those labs in this morning’s LockdownSceptics Newsletter (link). As for that laminar flow test – well, “we” can’t have it. It seems that ‘health authorities’ are hell-bent on keeping us under their control: “we” irresponsible plebs cannot be permitted to use these DIY tests because it needs ‘trained professionals’ to get ‘accurate tests’, accurate meaning ’positive’. The scare numbers have to be maintained, after all.

Moreover, there aren’t sufficient test kits available for mass testing ‘hubs’. However, even as some ‘health chiefs’ say that these DIY tests save time, plans for mass testing are being shelved for another reason. See this:

“Scientists warn they give a false sense of security because no test is good enough to rule out an infection in someone who doesn’t have symptoms, and they don’t prevent them picking up the virus on their way home from the test. […] UK’s medical devices regulator has approved lateral flow test for home use but said they must not be used to allow people to change their behaviour if they get a negative result.” (link)

If ‘no test is good enough’ – why test at all? Moreover, why test if it doesn’t matter if your DIY test is -ve: you’re still a leper if you don’t have symptoms! As for those PCR tests: couldn’t you also ‘pick up the virus’ on your way home from those ‘gold-standard’ test centres?

Is there any difference between self-isolation because one has tested +ve and self-isolation because the test was -ve since that means one might still be an asymptomatic ‘super spreader’? It’s not about medicine, it’s about control pure and simple – control by government and by all those health fascists – apologies, but this is the correct label!

And so to Brexit … it will be BRINO. Just read the latest report published by our friends at facts4eu. It’s grim. Fish are simply the final playball, allowing BJ and the EU to keep up their unsavoury posturing. Barnier keeps telling the ambassadors of the EU member states that our proposals are unacceptable, while at the same time telling the Brussels correspondents that he’s in the ‘final push’ to get that ‘deal’ over the line.

However, it turns out that cher Michel, foot-stamping notwithstanding, has been sidelined. BJ and vdLeyen now negotiate directly, without him. This is truly frightening and makes me believe that BJ is selling Brexit down the river:

“Boris Johnson and Ursula von der Leyen […] were said to be in constant contact on Tuesday as they searched for a Brexit trade deal breakthrough.The two leaders appeared to have taken the lead in negotiations, with Mrs von der Leyen calling other EU leaders such as Emmanuel Macron to try to broker a compromise.” (paywalled link)

These are ‘secret phone calls’, we read – but they’re not so secret that our MSM Brussels correspondents don’t know about them, or rather: various ‘sources’ have leaked the details to their ‘correspondent of choice’. RemainCentral for example has this:

“A new British offer on fishing was tabled after she held a telephone call with Boris Johnson on Monday that was kept from Mr Barnier. Mr Johnson agreed to lay out a new compromise proposal allowing the EU to keep 65 per cent of the value of fish caught in British waters following a five-year transition period.” (link, paywalled)

These percentages are totally irrelevant. It’s about saving faces all round, and for ‘compromise’ read ‘shabby haggling’. Meanwhile, the sidelined Barnier is digging in his heels:

“Mr Barnier told EU ambassadors that he was sticking to his demand to keep 75 per cent of the fish caught in UK waters, a catch with a total value of €650 million (£580 million). “We reject the UK offer on fisheries as it is deemed unacceptable,” he said. “The EU offer is already causing problems for some member states and cannot be the final offer.” (link, paywalled)

He reassured his listeners that he was “willing to continue negotiations beyond the end of the transition period in eight days’ time” (link, paywalled), thus following his master’s line to force us back to the EU table, tail between legs, after the horrible ‘experience’ of having to trade on WTO terms ‘for a short period’.

This haggling and bartering is no longer about fish or the value of fish or indeed about who digs in their heels best – Denmark apparently joining France in this exercise. It’s about EU leaders ‘looking good’ for home consumption, to show their people they’ve ‘stood firm’. This assessment in RemainCentral can come as no surprise:

“Like Brexit, the fishing negotiation is not about economics but politics, of sovereignty, of showing voters who is the winner. For Mr Macron, the difference between the EU keeping 75 per cent of its catch, by value, or 65 per cent is the difference between history and defeat. It might only be worth £60 million to the French economy but it will be a marker or a symbol of whether the EU has won or lost.” (link, paywalled)

It remains to be seen if the EU’s female leaders – vdLeyen and Ms Merkel – will come out on top or if Macron and Barnier and the rest of the EU’s male ‘hardliners’ will keep the upper hand. As for BJ – well, he always does what the latest person he spoke to tells him to do, especially if they’re laydees. We haven’t forgotten about Princess NutNuts, have we!

I leave you with a piece of news that ought to have everybody up in arms, regardless of their stance on vaccination. We were told that the over-80s were getting this vaccine first and that NHS frontline staff would also be first in line. Now see this:

“Frontline NHS staff are being turned away from vaccination hubs amid reports that hospitals’ administrative staff are being prioritised over doctors, medical bodies have said.” (link, paywalled)

Well, all those frontline staff and medical bodies ought to have read ‘Animal Farm’, not just ‘1984’. Then they’d known what we have known for a long time: some animals are more equal than others. Welcome in real life outside the NHS, dear doctors!

UKIP ​CONFERENCES​ ARE A WASTE OF TIME AND MONEY​.

Postmodernism and UKIP – thoughts and questions 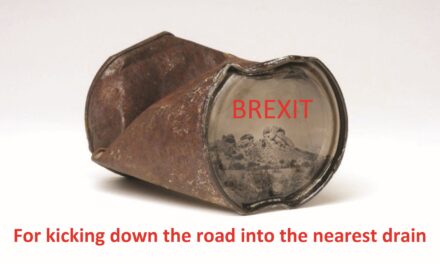