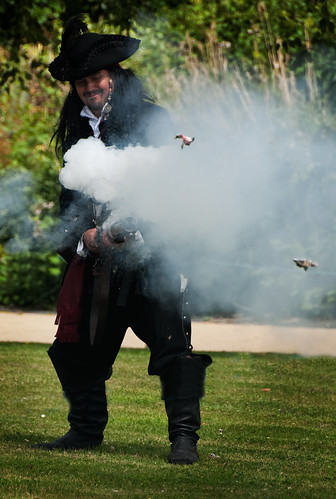 Another week in the Brexit Betrayal Saga starts with reports on the latest Brexit ‘policy’ of the Labour Party. We also await the verdict of the Supreme Court Judges, coming either today or tomorrow. Speculation is rife, and Dominic Raab contributed to that in yesterday’s Andrew Marr show – see the superbly ironic title in ConHome here which, I’m sure was entirely involuntary.

Also, Johnson is now in New York, attending the UN meeting and having ‘talks’ with Merkel and Macron. As always, we here at home – including our revered MSM journalists – have to rely on ‘sources’, so take the following with the usual, necessary grain of salt:

“Boris Johnson is expected to ask Angela Merkel and Emmanuel Macron today to rule out another Brexit delay to pressure MPs to back a revised deal. […] Mr Johnson is thought to be planning three-way talks with the German Chancellor and French President to outline his plans to replace the Irish backstop.” (link)

So far so bland: talking with those two ‘M’ is what one would expect a PM to do. The intriguing spin comes from ‘Tory sources’:

“Tory sources said the PM would also try to persuade them to make it clear that any new deal would have to be passed by October 31. Ministers believe the move would prevent MPs kicking the can down the road again – and force them to finally choose between leaving the EU with a deal and departing without one. It would potentially sidestep a controversial new law requiring Mr Johnson to seek another three-month extension to Britain’s EU membership unless a deal has been approved by Parliament by October 19.” (link)

Clever, innit, especially since it’s always such excellent strategy to tell all and sundry, especially your enemies, what you are hoping to achieve with your clever secret talks! If that’s the ‘cunning secret plan’ of BoJo and Cummings then God help us!

We know that the EU is not going to budge on the Backstop, or at least not until five seconds before midnight. We have also read over the weekend that the latest Brussels tactic is to blame all the forthcoming economic and other disastrous EU ‘news’ exclusively on the UK and Brexit, as M Juncker said yesterday (link), while making a rather bizarre remark about the necessity for that Backstop:

“An animal entering Northern Ireland without border control can enter without any kind of control the European Union via the southern part of the Irish island. This will not happen. We have to preserve the health and the safety of our citizens.” (link, paywalled)

I had to read this twice to get the drift. M Juncker seems to think that NI is an entry port for all sorts of ‘animals’, unchecked, which then wander across the border, unchecked, and are exported into the EU, unchecked. I do wonder if he knows how stuff gets exported from Eire into the EU. In case he forgot: the transit is through the UK … ! M Juncker did have something nice to say about Johnson though:

“Mr Juncker also defended Mr Johnson yesterday against accusations that his attempts to strike a revised deal with Brussels were just for show. He told the Spanish paper El Pais: “I don’t share the idea of those who think that Johnson is playing with us and with himself. I think he is trying to find an acceptable agreement for both the British parliament and the European parliament.” (link, paywalled)

Like the mostly Remain Tory Party, Labour is now on a similar path to destruction. Reports from their AGM show that their Brexit policy will be ‘Remain’, that Labour will be the ‘Remain Party’ (link). The pious words from the Labour NEC, leaked – of course it would be! – on Twitter, cloaks that decision with the usual Labour guff about ‘giving control to “Teh People”, as The Express reports:

“The policy, leaked into social media by the BBC, reveals that after a heated weekend NEC conference in Brighton, the result of intense talks on the subject of Brexit will be to hold a second referendum. The document reads: “The NEC welcomes Labour’s commitment to let the people decide Brexit. Labour will put control of Brexit back in the hands of the people in a new referendum with a real choice between a sensible leave deal or remain.”

Haven’t the people actually “decided Brexit” already? After three years of unedifying spectacle in the HoC, they are now supposed to put their trust in another lot of Remain politicians to deliver it?

This cannot distract from the actual reasons for this decision should it be adopted by the Labour AGM: the failure of Corbyn to lead, see here, and paywalled here and here. At first glance that looks like a valid enough reason. However, delving into these reports, it becomes obvious that this inner-Labour wrangle has more to do with the stark reality of the latest poll results. See for example this:

“Jeremy Corbyn is facing a full-scale revolt over his Brexit policy after senior party figures warned Labour will be crushed at the next election if he continues to sit on the fence. […] He was repeatedly warned that his views are not in tune with Labour members. Ms Thornberry warned that with the Conservatives pledging to leave the EU with or without a deal and the Lib Dems promising to revoke Article 50, Labour would be squeezed out at the next election – expected before the end of the year – if it still had no clear position on Brexit. She said: “Polling does show that we could lose 30 per cent of the Labour vote to the Greens and to the LibDems unless we are clear about where we stand on Europe” (paywalled link)

And there you have the reason for this abandonment of Labour Leave voters: the threat of the Illiberal Undemocrats and Greens squeezing out Labour votes. The result of the Brecon and Radnorshire by election, where a Green/Yellow ‘pact’ gave the win to a LibDem, shows that Labour is right to be scared – as ought the Tories. The report in the Times underlines it:

“Senior Labour figures have warned Jeremy Corbyn that Labour will be crushed at the general election unless it backs Remain as he put himself in open conflict with the grassroots members who elected him. […] The leadership wants the party to go into an election pledging to first renegotiate the current Brexit deal and then put that to a second referendum. But Mr Corbyn does not want to commit now to supporting Remain in those circumstances. The Labour leader has suggested he, or possibly the whole party, could take a neutral position. One senior figure said Mr Corbyn could not remain neutral in such circumstances. “He’s not the Queen,” they said. “He’s a politician.” It puts him at odds with the party’s members, who predominantly back staying in the EU. They are expected to table an alternative motion today to make Labour the party of Remain.”(link, paywalled)

While we have to wait for the outcome of that vote later today, let’s not forget that this Labour ‘Remain Revolt’ illustrates how much we’ve been lied to by politicians who promised to get us Out in their 2017 manifestos while keeping their fingers crossed behind their backs, meaning all the time to keep us In.

Brexit is their plaything, to be used and abused to get them back into the HoC, to keep them at their accustomed troughs. Talks about Backstops, about ‘Deals’, about ‘giving “Teh People” another vote, are nothing but window dressing, hiding their lies.

So we wait patiently while our self-proclaimed “betters”, be they Supreme Court Judges, be they MPs, be they MSM journalists, play around with our decision. Always remember though: we don’t matter to them except when we must be courted to produce the votes they crave. Then, any and all lies will be employed and redeployed.

We won’t be fooled again. They have abused our trust – and trust, once lost, is very hard to get back. Political smear words like ‘populists’, meaning: ‘leave voters’, won’t help them this time.

I’ve got this image in my mind of us Leavers pointing our blunderbusses – sorry: our votes! – at their chests and demand ‘stand and deliver’. It’s the only language they understand. 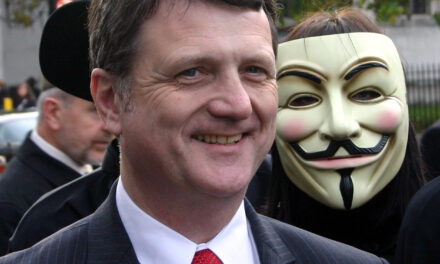 Should Tommy be discussed at Conference? 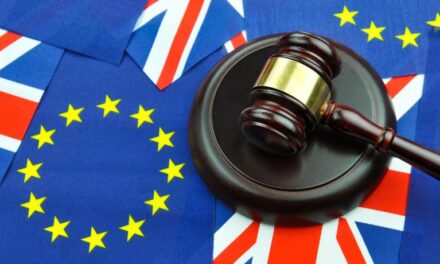 ARE THE UK & EU ABOUT TO AGREE A “SECURITY PACT” THIS WEEK WITH RECONFIRMATION OF THE EUROPEAN ARREST WARRANT?