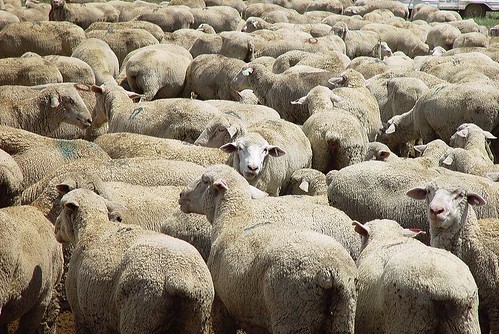 Us – as seen by the Westminster Press Pack …

At first glance it might seem that the mixed bunch of ‘news’ I’ll talk about this morning is unrelated. However, just like different puzzle pieces look unrelated, they gain their importance when being put into the whole picture. So it is with the different pieces today – the puzzle is the question ‘who rules this country?’

Firstly, the press pack was fighting rearguard skirmishes in their Cummings War, trying yesterday to involve Johnson’s scientific advisers to admit Cummings undermined the Lockdown, howling that Johnson was forbidding them to speak. Whitty and Valance were forced to say that they are civil servants and thus cannot make political statements. It is very interesting indeed that the DT report on yesterday’s PR event was written by their ‘crime correspondent’ (link).

That should finally be it. For private use, in case your neighbours or nearest and dearest are upset, use the brilliant argument of an anonymous comment poster: how come Cummings made the Lockdown crumble when nothing was known about it until a week ago? Weren’t the MSM full of reports of beach-going, park-going Lockdown ‘deniers’ during those weeks?

Then there’s the Thursday 8pm clapathon of which we’ve hopefully seen the last yesterday. This stunning, un-British ‘exercise’ actually earned a Times editorial where they claim this clapping served ‘to unite the Nation’:

“Neighbours who might previously have been strangers have sought each other out and come together in common cause. For some, particularly those in isolation, it may have represented the most important and meaningful social contact of the week.” (link, paywalled)

Oh dear. Not one word about the reports in the MSM’s beloved news “sources”, the un-social media, about neighbourly neighbours using this event for social shaming, forcing unwilling residents to participate. But at least “we” are now feeling very good about ourselves – those who went and clapped, that is.

Next, a report in the DT (link) showing the prevailing ‘timidity’ (I am polite!) of the Westminster press pack while at the same time ‘revealing’ (a word beloved by MSM reporters!) their scientific illiteracy. They write that wearing face masks at home might stop the virus. This revelation is based on a Chinese study in Beijing in February and March, of 124 families with 470 members  – not exactly a huge, representative sample, one would have thought. But here’s the ‘big number’: wearing those masks was 79% ‘effective’ at suppressing infections. 79%! Wow!

These masks though must be worn before symptoms develop. Now add the next puzzle piece: a report in The Times that seven in ten people who tested positive for CV-19 had no symptoms:

“The Office for National Statistics (ONS) said the figure underlined the importance of social distancing to avoid catching the virus from those who felt well, amid warnings that the scale of infection without symptoms could make the NHS contact tracing system much less effective.” (link, paywalled)

The article aims to enforce our adherence to social distancing – we’re now all potential Typhoid Marys without knowing it. It coyly admits that this makes a hash of the government’s ‘test-and-track’ policy and illustrates yet again that, even as tests are shown to be less than reliable, there’s simply not enough medical knowledge about this virus to support this policy.

There’s a blistering opinion piece in the DT, written by Waqar Rashid, a consultant neurologist. His verdict on the usefulness of that NHS app is devastating, but these points are even more scathing:

“There is no certainty that we will have a second peak due to lockdown easing; the virus appears to be following a well-worn path that all viruses do which is to emerge and reach a peak and then melt away. Starting a vigorous tracing system now with the rate of new Covid-19 infections rapidly falling (whatever the R value is supposed to say) seems odd. […] The current approach is both medically and scientifically wrong. It is prioritising concern over a possible worsening of a virus using untested methods above the collapse in care of people who have developed serious health conditions.” (paywalled link)

In his last sentence Dr Rashid refers to the ‘unexplained deaths’ we wrote about earlier this week. This is no longer mentioned in the MSM. Neither is the point that the dreaded ‘second peak’ might not be happening should restrictions be lifted, nor that the CV-19 infections are falling. The Westminster press pack had other fish to fry, as we’ve all witnessed.

Dr John Lee, a pathologist, has written another of his brilliant articles in the paywalled Spectator. Here is his concluding paragraph:

“One of the unappreciated tragedies of this epidemic so far is the huge lost opportunity to understand Covid-19 better. We like to beat ourselves up for having the worst Covid death toll in Europe — but we will never know, because we decided not to count properly. In a country that has always prided itself on the quality of its facts and figures, the missing Covid-19 data is a national scandal.” (paywalled link)

His article, on how and why that happened, will receive our “From Behind the Paywall” treatment later this morning. Don’t expect his analysis to be picked up in “our MSM” – it might disturb their aim to keep us all fearfully cowering at home!

And so to Brexit. Firstly, there’s a report from The Express’ Brussels correspondent. According to the title of that report Barnier might come up with a compromise on Fisheries, but that ‘compromise’ looks to be like ‘more of the same’:

“The Frenchman said the two sides have struggled to make progress on the overall trade agreement because of disagreements over the bloc’s demands for a regulatory level-playing field and fisheries. He was said to be confident in securing access to Britain’s fishing waters after the transition period ends in December even if trade talks breakdown, according to sources involved in the meeting.” (link)

Our friends at facts4eu report a striking example on how this level playing field is working in real life, with a stunning graph showing which country gets the most state aid. Read the whole thing here. They also refer to the letters exchanged between the Remain opposition in the HoC and “The Frenchman”. Fighting the Cummings War, ‘Our MSM’ couldn’t be bothered to report …

Finally, as many of you have noticed with astonishment, there’s a new Remain Bill wending its way through Parliament, with the purpose of forcing Johnson to beg for an extension. Our astonishment is caused by the fact that nothing was or is reported on this Bill in ‘Our MSM’ – I checked. Shouldn’t they have screamed this from their Westminster Remain rooftops?

So I went to the font of all parliamentary knowledge, the UK Parliament site, to check it out – you can as well, here’s the link. It’s not a secret site! Here are the particulars:

#1: It’s a Private Bill, ‘sponsored’ by Sir Edward Davey LibDem – when did he become a ‘Sir’ and why? And why is he sponsoring that Bill now? Ed Davey is running for the LibDem leadership – he needs the limelight.

#2: The first reading of the Bill was on the 20th of May – without a debate. Well, the Westminster press pack had to stay fixated on Johnson’s PMQs, and on CV-19. Why report on a piddling Private Bill … I bet they hadn’t even noticed! So: no reports – but suddenly all hell breaks loose about Cummings Lockdown breach. The timing is surely just coincidental …!

#3: The 2nd reading of that Bill is on the 12th of June in the HoC. Perhaps by that time even the Speaker will have acceded to the demand of the Leader of the House, Jacob Rees-Mogg,  to scrap the ‘virtual’ HoC and get back to parliamentary business as normal. If so, I’ll watch.

In conclusion, anyone in the MSM could have found out and reported on this Bill. However, kicking off their Cummings War meant they were able to divert our attention from Brexit even as they denied their ‘War’ had anything at all to do with Brexit.

Putting these separate puzzle pieces together a partial image emerges, giving a preliminary answer to our question of ‘who runs this country’: it might actually be “Our MSM”, and in particular the Westminster correspondents, by utilised the CV-19 pandemic as handy cudgel to bash Johnson.

They’ve created a climate of fear in this country which still hasn’t abated and which they are desperate to keep going. Perhaps the clapathon they all supported might be seen as some sort of magical exercise, to appease the ‘Gods of Our NHS’ and the ‘God of CV-19’: if we all clap we might be saved. Therefore anyone who doesn’t toe the Lockdown line has to be denounced in public because it breaches that magical appeasement of said false gods.

For the more ‘rational’ Westminster press pack, there’s also the prize of ‘Remain’ if Johnson can be made to go, or if at least his ‘Svengali’ can be removed. The use of  that word ‘Svengali’ is interesting: it shows that the Westminster presstitutes still might forgive Johnson who was, after all, once one of their own. It’s not his fault and all is forgiven if only he would stop Brexit and keep us In!

In their game plan we, the voters, the thick and useless plebs, the Leave voters, have no role to play. Our votes, our opinions count for nought. Sadly, all who participated in that clapathon reinforced that opinion of the Westminster press pack: we can be made to do anything as long as we can be held in a state of abject fear. That’s what That Lot is still doing, by not reporting facts but ‘feelingz’, and that’s how they run this country.

We however shall not succumb. We’ll stay vigilant, use our rational minds and 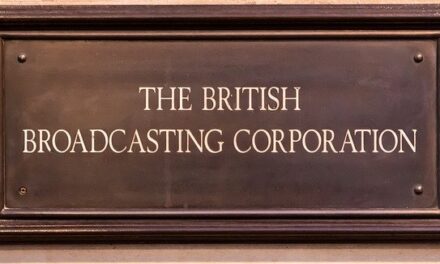 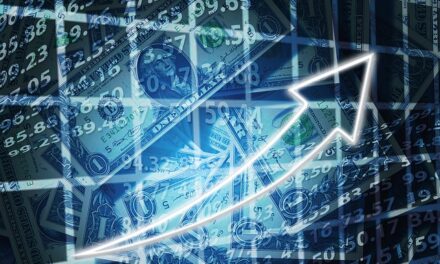 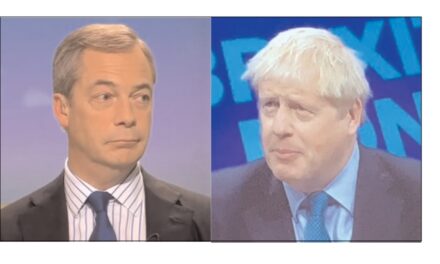 Nigel to Boris: an offer

The BBC and ‘No Deal’: a Pavlovian Experiment – Part I