My first reaction to the latest news from the Javid-Empire, a.k.a. DHSC which allegedly runs the NHS, was plain disbelief. Allegedly Johnson and Sunak are impatient and want to know how the NHS is going to deal with the backlog, now alleged to stand at 6m patients. Thus Javid is working with a ‘consulting group’. He’s also kicked one of his ‘NHS Foundation Trust’ directors – ‘tis a Sir Jim Mackey. Northumberland – to come up with a plan by next week (link, paywalled).

This is it: make patients travel to hospitals across the country, to wherever there is a spare bed, and scrap ‘follow-up appointments’ for patients who’ve been released from hospital. The mind boggles! This behemoth, this top-heavy, admin-driven ‘health empire’ is apparently capable of telling a patient in Penzance to go to the hospital in Carlisle for the operation they need!

Who will take those patients from there to there? Private cars? Who is paying for this? Or are they going to use ambulances? Isn’t there already a lack of them because they are waiting in long queues at their local A&E departments? And anyway, shouldn’t we all curb travelling by car to save the planet? One wag in a comment post observed that this is a perfect plan: an NHS admin minion calls a patient in Margate and tells her that her operation will take place the next day in Blackpool. The patients said she can’t get there in time. Admin minion ticks box: patient offered place – patient refused to travel: one less ‘item’ on the waiting list … Yes, that’ll work!

And who needs all those follow-up appointments, after the patient has been sent home! They take time, they use up space, and so those patients will be told to see their doctor if they have a problem after they’re back home. Have those NHS ‘Top Directors’ never heard of ordinary patients not being able to see their GPs? They have the effrontery to sell this as being compassionate: “They also say it will spare elderly patients being “dragged back in” to hospital unnecessarily.” (link, paywalled). Do those NHS admin chiefs actually believe that hospital doctors ‘drag elderly patients back’ to hospital just for the fun of it, or in order to fill all those empty beds which the elderly then ‘block’? The mind boggles!

Now we know why Javid suddenly merged NHS Digital and NHSX into NHS England! It’s needed to speed up the digitisation of services without which patients can’t be sent from Exeter to Berwick. They’re also planning to ‘separate’ routine from emergency operations by setting up treatment ‘hubs’. Hubba-hubba! How this will work when the NHS is suffering from frontline staff shortages, who will man or woman those hubs: don’t ask! If we didn’t know already that we, the patients, are regarded as ‘units’ in the complicated plans of the NHS rather than human beings who are ill and in need of care – this latest exercise demonstrates it wonderfully. All I say is: just don’t become ill – or old and ill.

Allegedly there may or may not have been the odd ‘no confidence’ letter sent by a Tory MP to the 1922 committee. That committee needs 15% of sitting Tory MPs writing such a letter in order to trigger a leadership contest (paywalled link). Tories are worried about the shambolic situation in No10 which led to Johnson’s Peppa Pig speech. Allegedly, it was a ‘junior’ member of No 10 staff who misplaced all those pages in yon speech … yea right. There’s a war raging inside the Court of Carrie. “Allies of Boris” say that there’s

“a lack of a senior adviser after the departures in the past year of Dominic Cummings, his chief adviser, Lee Cain, his director of communications, and Lord Udny-Lister, his chief of staff – partings that have led MPs to fear the wheels have come off the Downing Street machine. While good at their jobs, the new coterie are not as close to Johnson as their predecessors – and a litany of missteps aren’t doing much to restore confidence in No 10.” (paywalled link)

Ah. So sacking Cummings and his colleagues might not have been such a good idea after all? Well, not if one wants to keep a Tory government going. However, in preparation for Starmer to go to no 10 it was inspired. Is Carrie a sacred Labour mole? I only ask because this ‘new coterie’ are mostly “FoCs”: ‘friends of Carrie’.  Moreover – I’ve learned that one needs to read even more diligently between the lines. For example, the DM reports that “a ‘senior Downing Street source’ gave a brutal briefing to the BBC calling the Prime Minister’s CBI speech ‘shambolic’.” (link), followed by other ‘government sources’ pointing the finger at Sunak – which his allies deny, of course! In an accompanying piece a DM writer explains that “Downing Street Source” stands for ‘Treasury’ (link). Who knew that ‘source’ ain’t like ‘source’ ….!

The Carrie Court at No 10 has become so byzantine that it actually doesn’t matter any longer who squeals and who doesn’t. It’s irrelevant which of the courtiers in no 10 or No 11 are ‘chatty pigs’ or squealers. They are fighting their turf wars while the country goes to pot. We’re in the dying moments of the Johnson premiership – two years after the triumphal GE. Clearly, Javid hopes to replace BJ by creating a ‘track record’ at the DHSC. Never mind that the NHS treats us people like so many admin units. Clearly, Sunak hopes to replace BJ by fighting for lower taxes. Perhaps he ought to keep an eye on his own mandarins who’ve stymied the Freeport initiatives. And then there’s the snake in the grass who has been strangely absent in the MSM, yon Mr Gove, in case you had forgotten him.

But don’t worry about Carrie! She will care for elephants once she’s given birth (link). I’m sure some ‘green’ millionaire ‘donors’ will be happy to help her maintain the standard of living she’s become accustomed to in No 10. Won’t they? 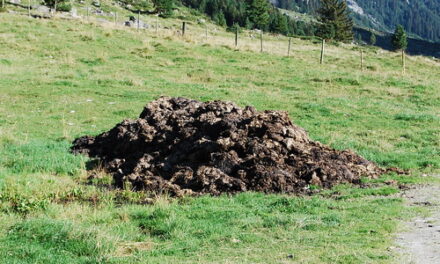 Open Letter to Mrs Theresa May 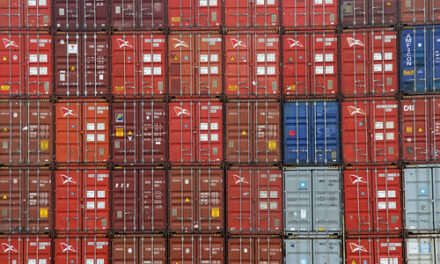